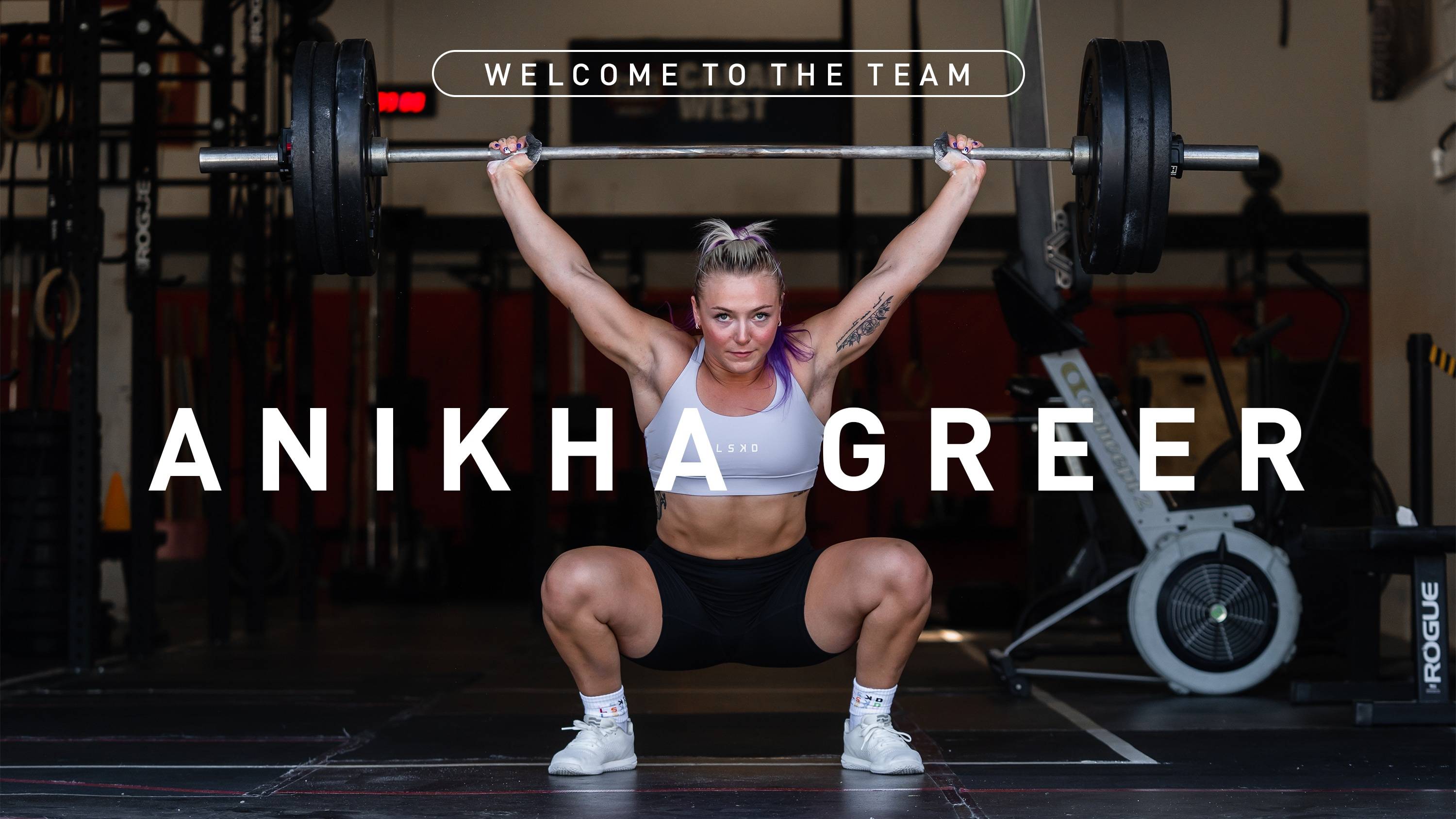 Growing up, Anikha competed as an equestrian in show jumping and also took part in gymnastics as a secondary sport until she was 12. Upon accidentally finding CrossFit after watching the 2001 hit movie 'Spy Kids', wanting to learn martial arts then being persuaded over to CrossFit by a trainer, Anikha eventually began competing in 2018 at 15 years old. Since her inaugural appearance at the opens in 2018 Anikha has gone on to place 21st (missing the games by one second), 15th (field cut to top 10) and then 2nd in the world (cancelled gams due to covid-19) learning the value in adversity early on.

After Anikha turned 18 she moved into the individual division ad placed 6th at the CrossFit Games Semi Finals in 2021, missing out on the finals by 1 place. In the past year Anikha has placed 16th in the world and 1st in Canada as an individual during the first stage of competition. A technical glitch ended Anikha's season much earlier than anticipated, leaving her hungrier than ever.

WHAT DOES 'CHASE THE VIBE' MEAN TO YOU?

"Chasing the vibe for me means waking up every day and making the most of every moment possible. I live as presently and freely as I can, always chasing my goals and bringing 100% of myself into my craft. I never want to settle for anything less than my dreams and that’s why I chase those vibes and feelings every day! This is also why I resonate so hard with LSKD. They put 100% of themselves into what they do, never shying away from the difficult things… always striving to level up each day. Also- we both LOVE a good time!" - ANIKHA GREER

Anikha just finished in 1st place for CanWest Games in Canada, she is currently training for her next comp at the CrossFit Madrid Championships in Madrid, Spain. With Wodapalooza next on the list and firmly in her sights for January 2023, this will be her last comp before looking to make up for what she's lost this year with a big entrance to the CrossFit Games in 2023

We're so pumped to have you on the LSKD Athlete Team Anikha! Welcome to the crew!

FIND OUT MORE ABOUT ANIKHA
Back to The Lifestyle